This was the intro video for Folk Nite:WunderKammer. Folk Nite is a community arts event in the suburbs of Chicago where accessibility to the arts is minimal and finding creative spaces to participate is quite difficult. Events are themed and include community-generated artwork and short-set performances.

Video was announced a Judge’s Choice for the 2014 Chicago Design Archives.

The introduction video was projected on an entire wall to signal to attendees that the event was starting. The video began playing while guests were mingling in the main event space. The sounds are comforting, evoking the memory of a lullaby. Type is manipulated in water similarly to how a scientist would mix chemicals in a beaker, referencing the scientific and exploratory notions of historic WunderKammen without literally visually presenting them.

Other event materials, such as the poster, wayfinding, and event set-lists were created from the same process as the video. 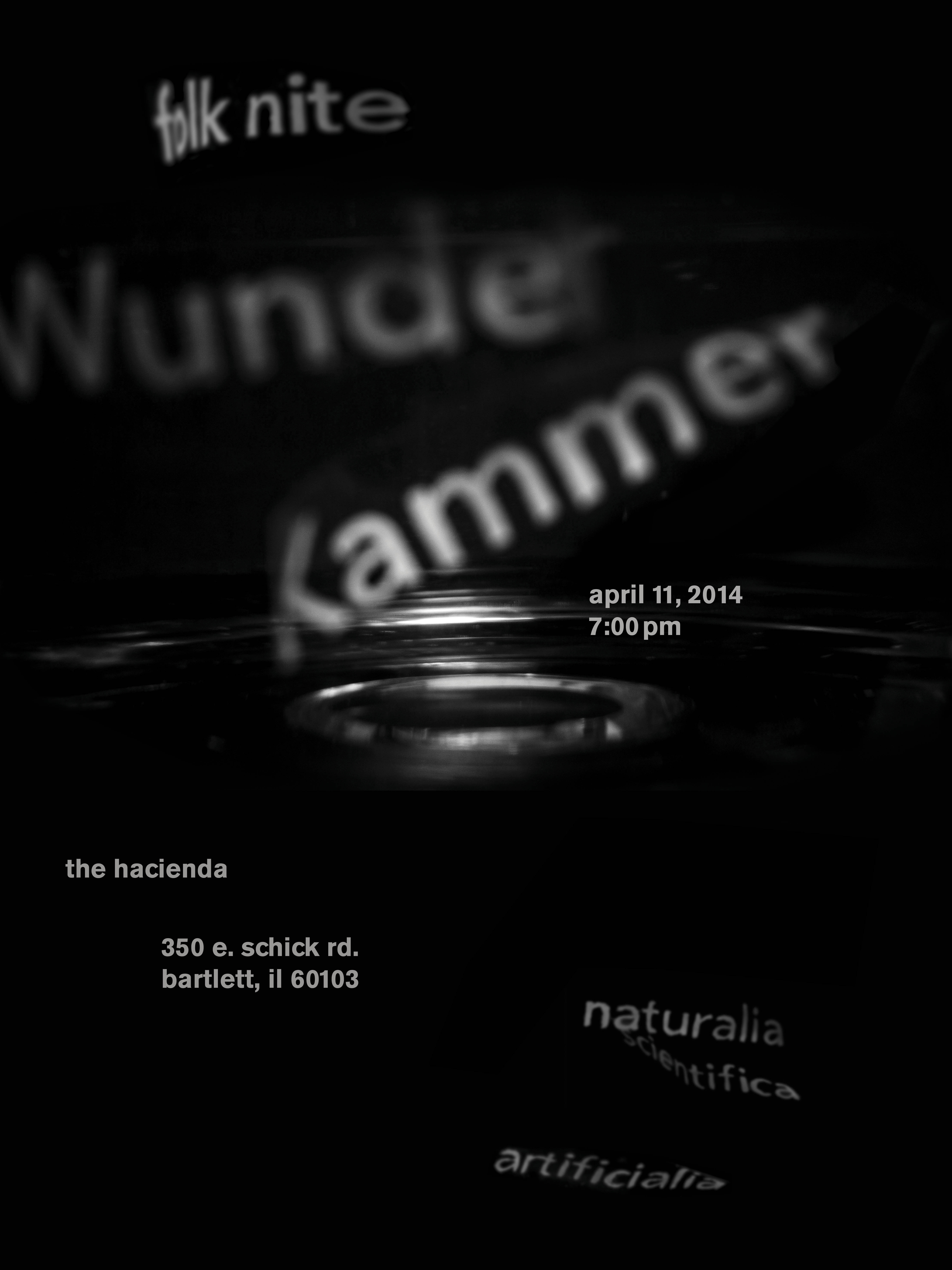 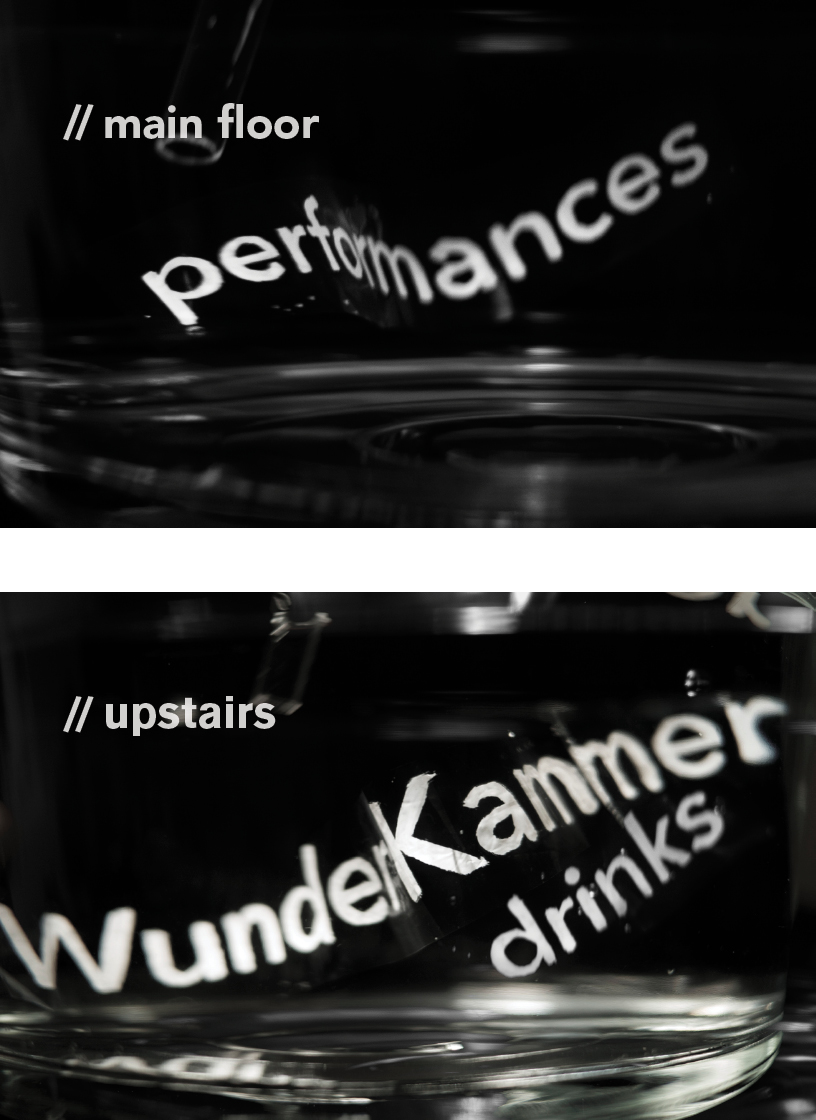 Attendees were encouraged to bring an item to contribute to a growing WunderKammer installation. 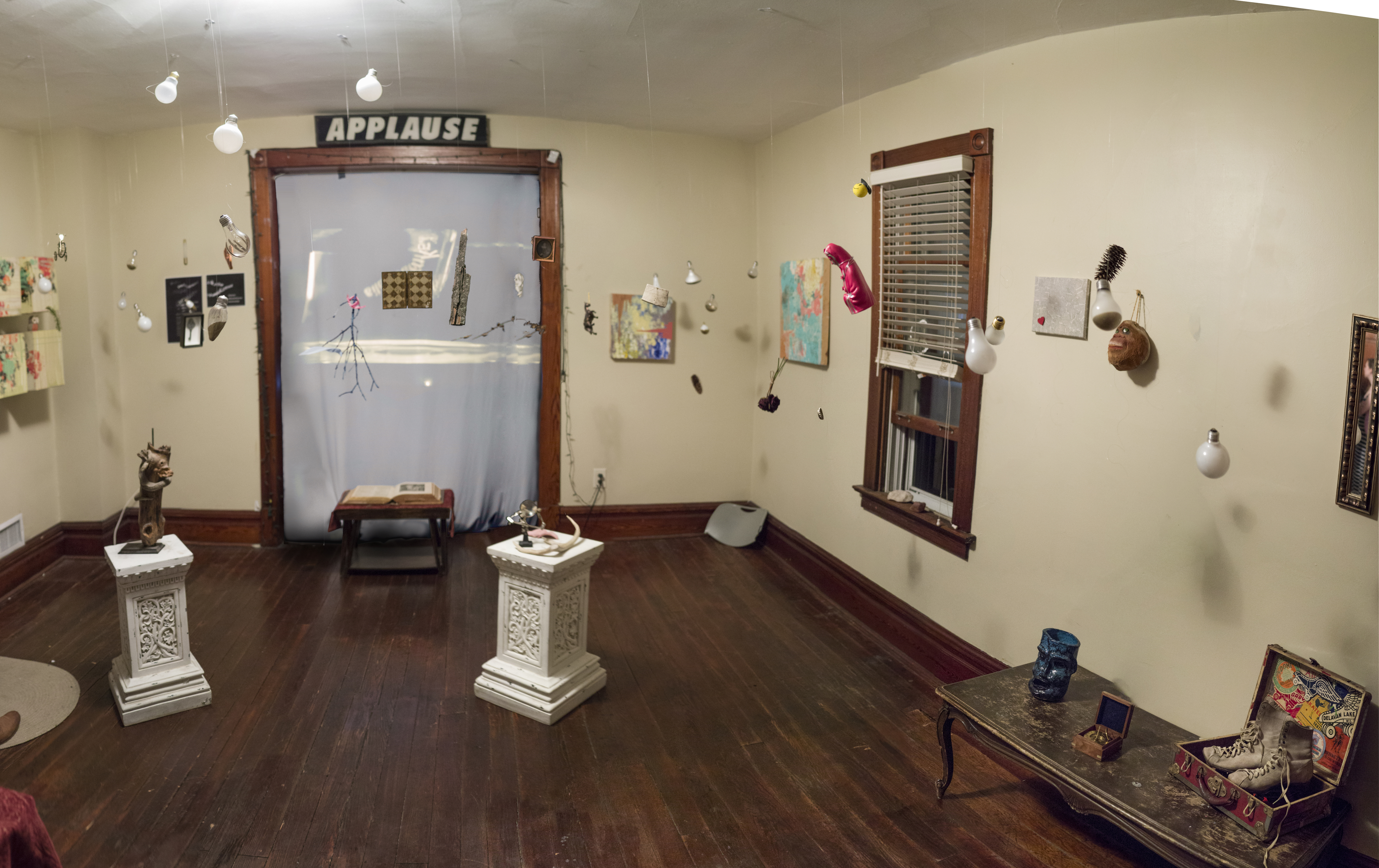